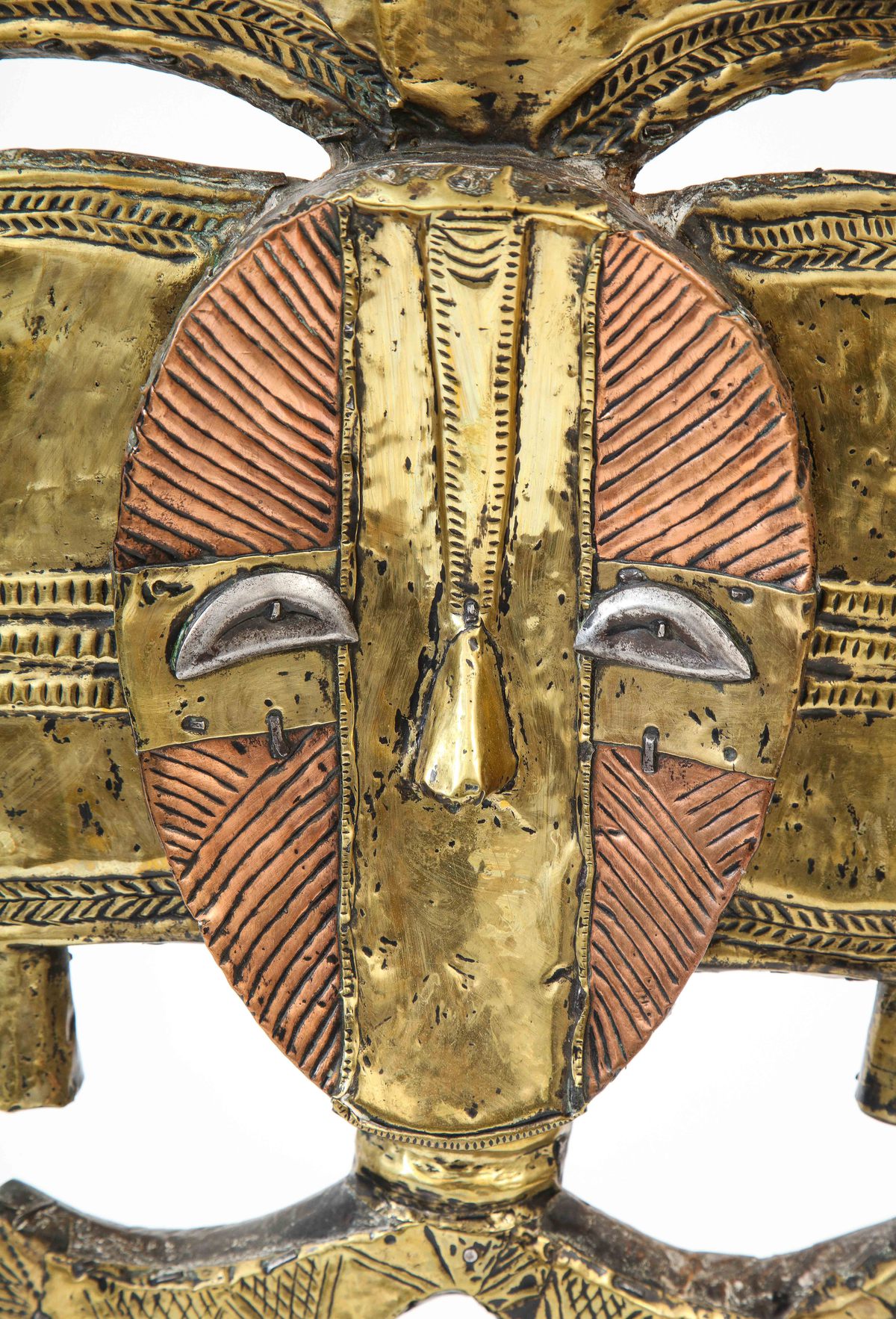 As part of our full suite of Art Services, we are pleased to offer this remarkable Kota figure for purchase via the Art Peritus | Selects Online Gallery. In the late 19th century, the Kota people created reliquary figures known as “mbulu ngulu” to act as guardians to protect the remains of their family ancestors. Although no two figures are the same, they all hail from the Gabon region of Africa and share distinctive elements- flattened forms and figurative characteristics that are stylized to the verge of abstraction.

Carved in wood, the human face and head is enlarged and exaggerated in a geometric form that rises above its carved neck and smaller open lozenge body. The front of the figure is covered in copper and brass, metals that were scarce and as highly valued as gold in nineteenth century Gabon. The metals were hammered with decorative geometric patterns and motifs, and were kept shiny to be as reflective, symbolic of water and the spiritual other side.

These sculptural guards were originally attached above a basket holding the remains, acting as a mystical connection between the living and the dead. As the people of Gabon converted to Christianity over the 18th and 19th centuries, missionaries and colonials began to collect these figures. Today, most of these sculptures can be found in museums and private collections in Europe and North America.